Oktoberfest is a two week beer festival held in Munich, Germany, every September. It seemed a little unrealistic to fly to Germany for two weeks (especially with a 15-month old at home), so we decided to get together with some of our friends and throw an Oktoberfest party! 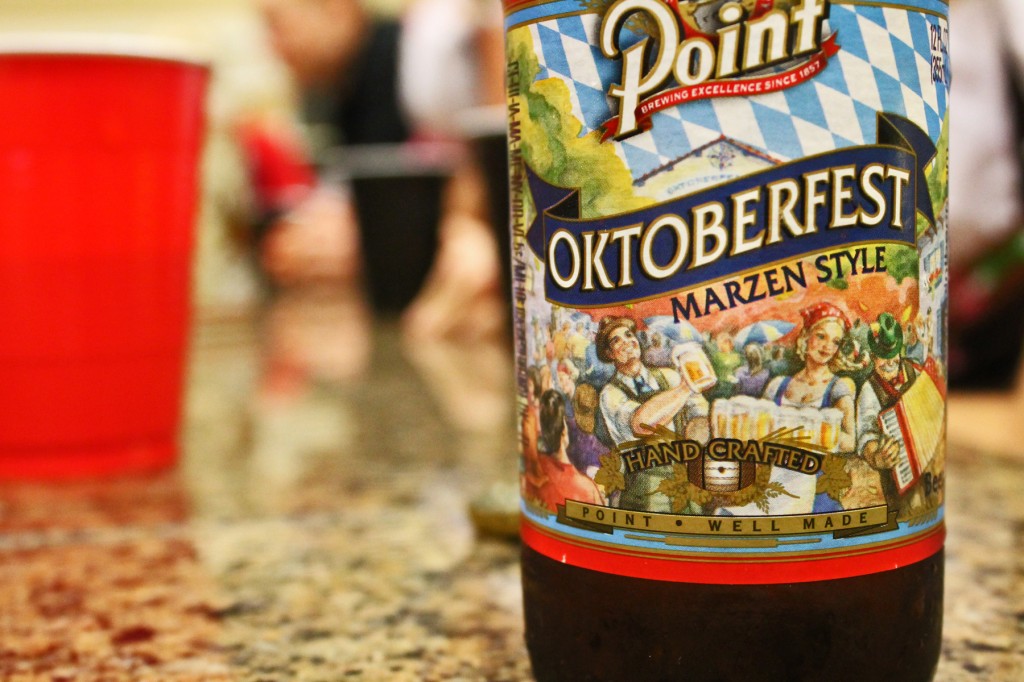 Invitations:  I wanted to set the tone for the party early – and the invitations were the perfect way to start! I downloaded some free German fonts (Fette UNZ Fraktur and Roadgeek 2005) and used them for both the invitations and the envelopes. They turned out great! (Sidenote: I usually have color in my invitations, but I was running very low on ink and didn’t have time to run to the store.)

Costumes:  We wanted everyone to get into the Oktoberfest spirit, so we encouraged men to wear lederhosen and women to wear dirndl. For guests who didn’t want to buy a costume, we asked they wear German colored clothing (Black, Red, Gold). Everyone participated! And there were some great costumes! 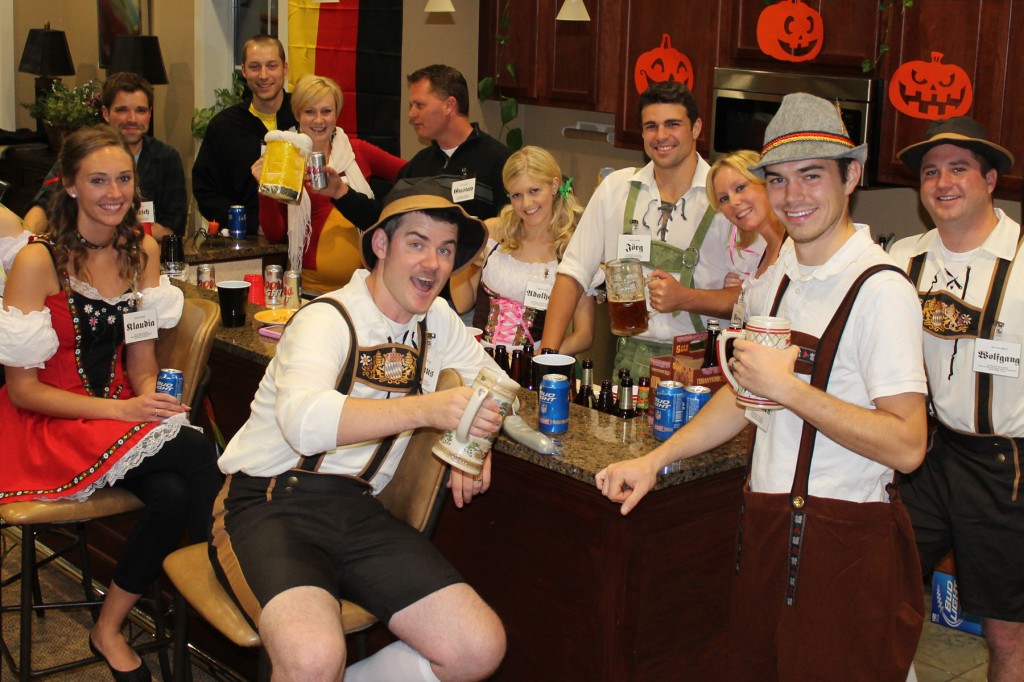 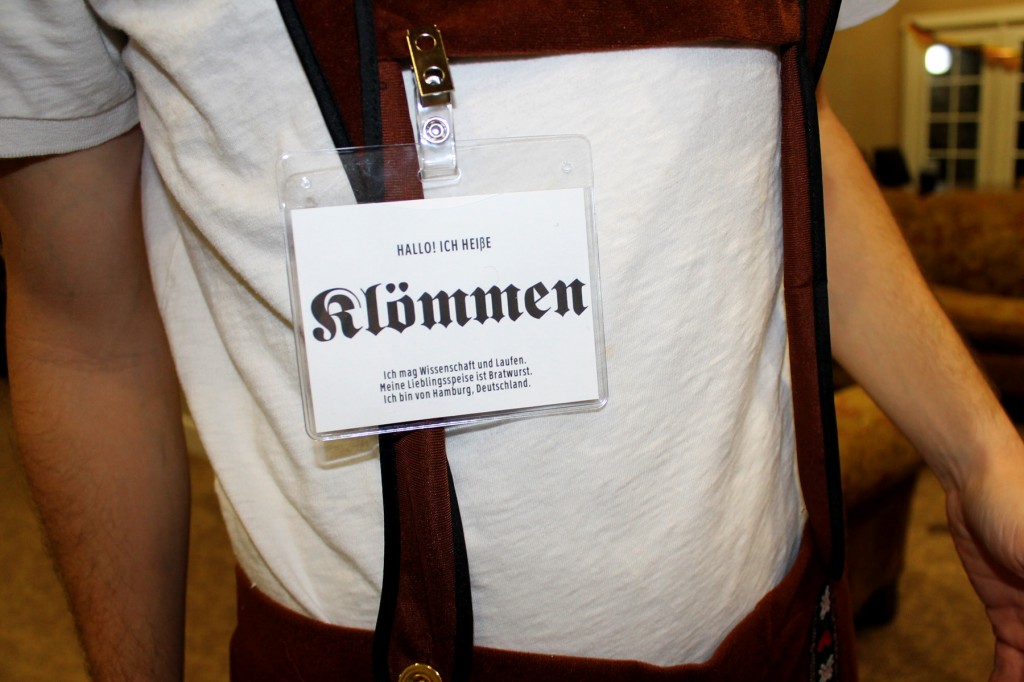 I made a German nametag for each guest and placed them in plastic protectors with clips (I bought them at Office Max). The front of the nametag included a popular German name, and three fun facts about each person, completely written in German. 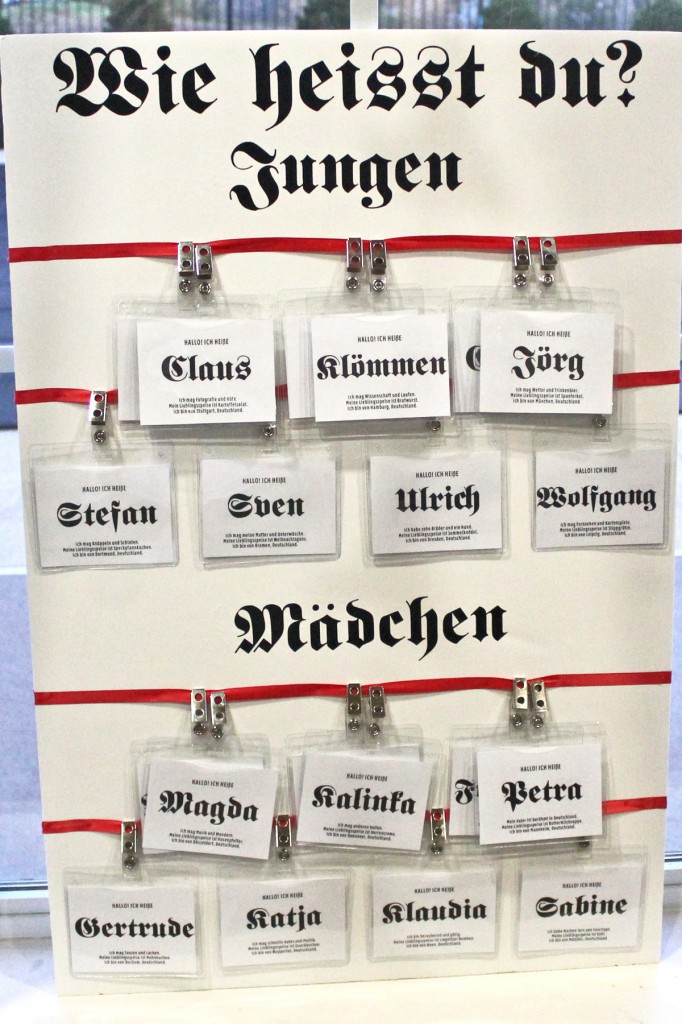 The back of each nametag had the English translation, but guests weren’t allowed to look at the translation until after they picked a name. I clipped the nametags on a decorative foam board and each guest was given one when they entered the room. They were a great way to socialize and get to know each other! 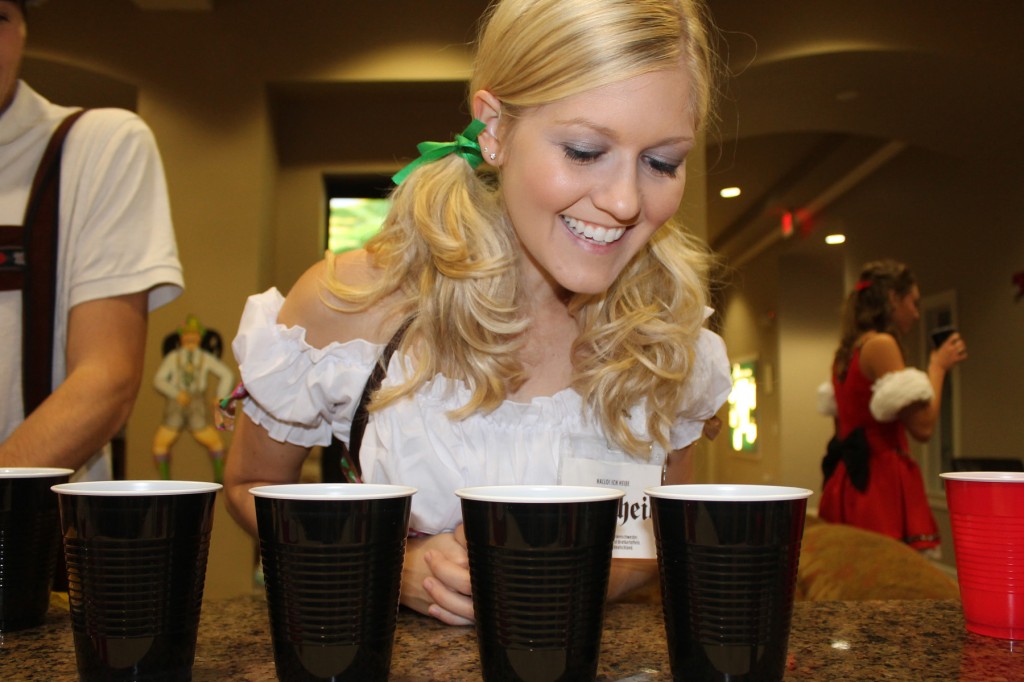 Our hosts brewed their own Oktoberfest beer and were kind enough to share with everyone. So we decided to have a good, old fashioned beer taste test! We gathered four different Oktoberfest beers, put each in an unlabeled cup and had guests taste test each one. The person who guessed the most correct won! (We actually had two guests get all four correct!) 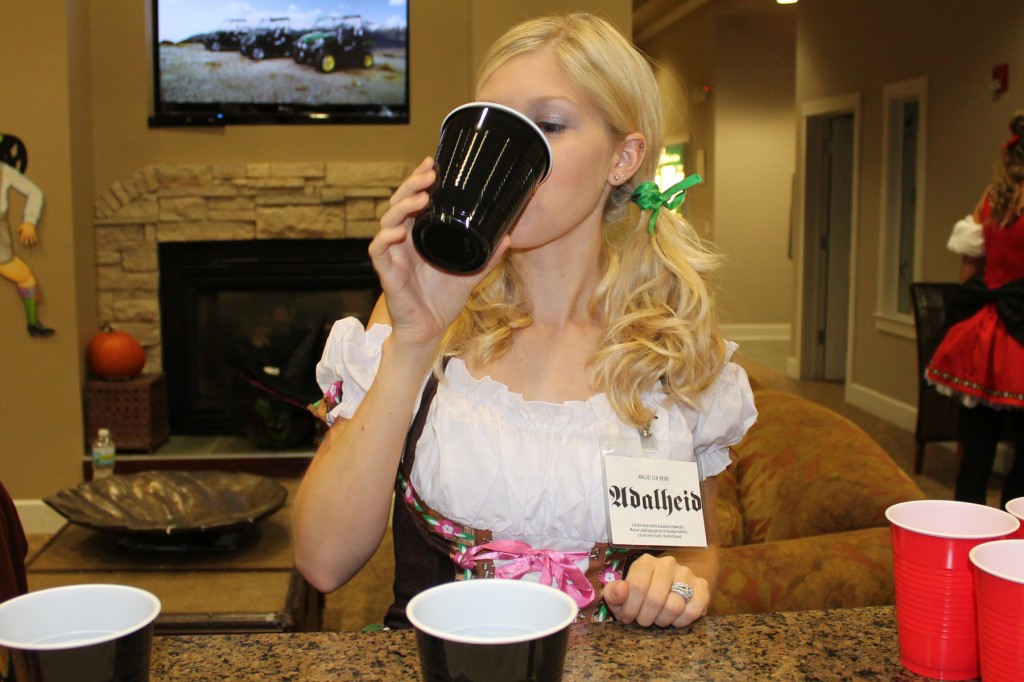 I’m a huge fan of trivia nights, so I put together a trivia board for our party. There were four categories: Beer, Germany, Oktoberfest, and “Know Your Brewers”. I wrote six questions for each category and made a game board. Then, we split into teams to play!

The game was a huge success and everyone really seemed to enjoy answering the questions.

Prizes: Games wouldn’t be much fun without prizes! Here are the prizes we purchased (everything came from Amazon.com and were very inexpensive):

Decorations: Here are the decorations I ordered for the party (everything came from Amazon.com and were very affordable):

Top it all off with some great food (we had fruit and veggies trays, a meat and cheese tray, sandwiches and homemade pretzels!) and great friends, and you have a recipe for success! Happy Oktoberfest-ing!

This site uses Akismet to reduce spam. Learn how your comment data is processed. 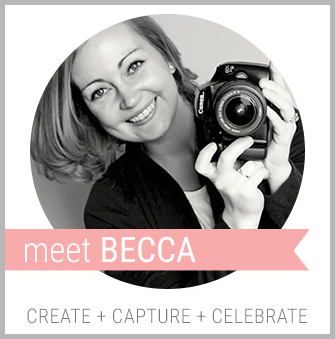 Let's connect and do great things! 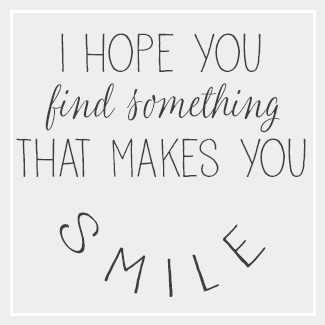